There isn’t much to say except:

Well everyone, this week was a doozy on the writing front. In a nutshell, I felt like this:

So, last weekend I sent my beta reader my latest two chapters. She liked them, but she wasn’t crazy about their setting. “I wasn’t wowed,” she explained. “This is a big moment, and you nailed the emotions and the action, but the actual location wasn’t thrilling. I wanted…more.”

Yeah, yeah. I know what you’re all thinking: “It’s good your beta reader pushes you to do better–to give a reader more. That’s their job.” I know, I know. But, still. Grrrrr.

The problem is–and I know you’ll find this bizarre considering I’m passionate about novel writing–I’m not a fan of painting a setting. The sky, the clouds, the house, the trees…blah, blah, blah. If I could, I’d literally say, “There’s an old house that’s creepy and scary. Get it? Got it? Good. Let’s move on.”

Horrible, I know. But, unfortunately, true.

And these chapters my beta reader wanted “more” from are all about painting a setting. So, rewriting them this week has. Been. Pure. Torture! Compared to writing dialogue and action sequences, describing a location is hell for me. Going from blank page to vivid scene is a rough and frustrating process. There’s lots of writing, deleting, crying, screaming, writing, deleting, groaning, kicking, writing, deleting…

Seriously, by the time I finished revising these chapters last night, I felt like this:

Okay, Okay, I wasn’t that bad. But I really wanted to curl up with a big bag of peanut M&M’s and wallow. Maybe chow down on some cookie dough ice cream, a slab of fudge, and an entire chocolate cake.

What? Every writer is allowed to gorge on chocolate once in awhile, right?

Fingers crossed my beta reader gives me the thumbs up on the new location I painted for her. If she doesn’t, then I will be buying a GIANT bag of peanut M&M’s and I will be wallowing….And then, after my pity-poor-me party, I will roll up my sleeves, gnash my teeth, and try again. Because, as the saying goes, “You fail only if you stop writing”.

How was your week? Wallow worthy? Or full of rainbows and glitter and blah blah blah? 😉

In case you missed my posts from earlier this week, here you go!

Music Monday – Love The Way You Lie – Eminem and Rihanna

8 Words to Seek and Destroy in Your Writing

On Saturday, I had one goal in mind: Write! Write, write, write! Nothing was going to stop me. Nothing! Not Twitter, Facebook, blogs. My blog (doh!).

Even worse, I totally had motivation to write. Every time I turned to my manuscript, I was sooo THERE. I’d start typing and be like, “Oh, that’s good!” and, “Wow, where’d that come from?”, and, best of all, “God, I rock. High five, Self!”

And, yet, all I did was revise two chapters.

This lack of productivity got me thinking about all the bad habits I have whenever I sit down to write. And, man oh man, do I have a lot 😦. So many, in fact, that I was forced to condense them into three main categories. 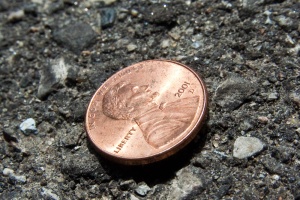 I feel like a distracted two-year old when I sit down to write. Even though I’m pumped up and ready to go, my mind and body immediately wander away. No joke, the second I open my manuscript, I get antsy and feel a need to do something–anything–else. Clean the house. Take out the trash. Workout. Get the mail. Or, my personal favorite, pull a James Stewart and study my neighbors through my rear window as they go about their daily business (don’t deny it, you do it too; people are funny to watch). And, of course, I check Facebook, Twitter and, worst of all, Pinterest! Oh Pinterest…

Over time, I’ve figured out this ADD-like habit is always worse when I either start a new project or revise an older one for the billionth time. Starting a brand new story is like throwing a pile of clay on a table. It’s all mushy and muddy and shapeless, and you’ve gotta roll up your sleeves and mold it into something pretty and special. Ugh. So much work! And revising an old manuscript is like taking that already finished sculpture and smashing it to pieces, again and again, until you’re so tired of gluing it back together, you just want to leave it shattered and broken.

So, how do I deal with this problem? Leave the house and head down the street to the library or the Tattered Cover Bookstore cafe. Both are quiet (unless Mr. Loves To Talk On His Phone Loudly decides to sit next to me and then proceeds to ignore my I’m-going-to-stab-you-in-the-eyeball-with-my-pen scowl). And both are usually filled with people who are working hard, which encourages me to focus and work hard too.

Feed Me! Feed Me! 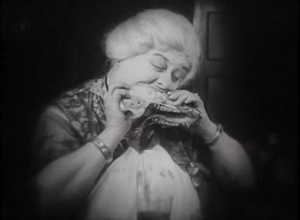 I’m proud to say that I lead a healthy lifestyle. I exercise four to five days a week, and I keep a close eye on my diet.

Except for when I write.

When that happens you better WATCH OUT! I may accidentally nibble on your arm because I think it’s a drumstick. I mean it. The minute I open the creative gates of my mind, all I want to do is chow down. Just shovel it in and never stop! And Lord save me if there’s chocolate around, especially Peanut M&M’s. If I kept those sinfully sweet suckers in the house, I’d quickly transform into Violet from Charlie and the Chocolate Factory(after she expands into a giant blueberry, of course). 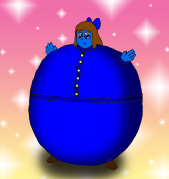 I’ve learned the best ways to combat this ravenous habit of mine are to: 1) Stock the house with healthy food. NO chocolate allowed! 2) Chew lots and lots of gum and drink plenty of water. And/or 3) Once again, leave the house and drive down the road to the food-less library. Tattered Cover Bookstore is fine too as long as I don’t take my wallet in with me. I can’t resist those chocolate chip cookies or mocha lattes. Ooh…cookies…

…And onwards we go! (Don’t worry, I’m not getting crumbs all over my computer. I finished my cookie in the car like a good girl.)

Hello, nice to meet you. My name is Hermione Granger.

Okay, I’m not quite that bad, but close. I’ve always had a tough time just writing. No stopping, no criticizing, no over-analyzing every single word or   thought. Just write, write, write!

I have to come up with the   exact word now. I have to do a Google search to confirm there is, indeed, a sushi restaurant within a mile of my protagonist’s high school. I have to think of an original analogy (because “she’s as quiet as a mouse,” sucks). It’s  ridiculous! All those eensy-weensy details mock and taunt me, even during a first draft when they’re basically insignificant. I’ll make it five chapters and then screech to a halt because I realize something that happened in Chapter 4 doesn’t line up with something that now happens in Chapter 25. So I go back and revise. Then I realize the new thing in Chapter 4 now conflicts with an event in Chapter 1. So I go back and revise Chapter 1. And, hey, wouldn’t you know it? With Chapter 1 rewritten the rest of the book makes no sense!

Honestly, I annoy myself.

The upside to all of this is that–by some miracle–I still manage to get work done (ahem, some days more than others), and I have discovered successful strategies that help me minimize and cope with these bad writing habits (hey, I haven’t turned into a giant blueberry yet have I?). And, more than anything, I know that no amount of tempting chocolate or amusing neighbors or infuriating “Hermione Granger” moments will stop me from doing what I love most: Write.