Yet another round of an NYC Midnight (NYCM) writing contest has come and gone. As always, it was crazy, challenging, and exhausting. This round, however, was more exhausting than ever. I took on a difficult–really difficult–subject matter that made me a blubbering mess most of the weekend. (If you care to, you may read about my full experience here).

Thanks in advance for reading, and thanks for any feedback you might have!

Brief Synopsis: On the night of April 20th, 1945, a French prisoner and the twenty children he cares for at Neuengamme concentration camp are transported to a nearby school. There, they must face Dr. Heissmeyer’s final atrocity.

Every night, René dreamed of the sweet scent of roses. Every morning, he tucked that dream into his pocket to protect himself from the horrors of Neuengamme concentration camp.

“René!” A finger poked his shoulder. “Wake up.”

“We must wake and dress the children.” The Dutchman shot a wary look at the SS guards standing by the doors. “We’re moving.”

“Moving? Where?” René’s stomach twisted. If they moved, they might not be saved. Rumor had it Allied forces were close.

René and three other caretakers gathered the children. Some were strong enough to walk on their own, but many had to be carried. Dr. Heissmeyer’s experimental tuberculosis injections had left them hollow shells.

René pursed his lips. Not even children could escape the Nazi’s grip. Heissmeyer himself called them his kleine Mäuse.

Once on the trucks, they rumbled out of Neuengamme camp. A melodic voice tickled René’s ears.

“Did you dream of roses, Monsieur René?”

He smiled at the girl next to him. “Oui.”

Other children turned to listen, eagerness shining from their emaciated faces.

“What color were they?” Jacqueline’s sunken eyes glittered in the night.

The children leaned towards René, as if the scent of roses wafted off of him. “What do you think they smelled like?”

“No, candy.” A dimpled boy clapped.

“Heaven.” The sickest of the children, Georges, leaned his head back and sighed.

René tore his gaze away and looked outside. The city of Hamburg lay dark and silent, long quieted by the air raids.

Without warning, the truck turned and passed a bullet-ridden sign: Bullenhuser Damm School. They ground to a stop in front of a towering building with shattered windows and scorched bricks.

Their destination wasn’t Theresienstadt. It was another of Dr. Heissmeyer’s secret laboratories…Or worse.

“Off!” An SS guard commanded.

René and the caretakers herded the children into the school. With each step, his heart thumped harder. Behind him, one of Heissmeyer’s assistants appeared. He muttered something about sedatives. “We don’t have enough. We’ll have to use morphine.”

René broke into a cold sweat. The urge to shout at the children to run and hide took hold of him. But, he didn’t. He couldn’t. Silence and obedience meant survival.

The guards led them to a basement with two rooms. René and the caretakers went left, the children right. “Remember the roses, mes petites.” He met Jacqueline’s gaze across the hall. She smiled and waved at him, oblivious to the stench of danger poisoning the air.

René turned to the other caretakers. “Merde.” Clearly, they and the children were Heissmeyer’s laboratory, and they had to be destroyed before the liberators arrived.

René stared at the coat hooks jutting from the walls. After several excruciating minutes, the door opened. Heissmeyer swept in with his assistant and guards. One of them carried a child.

“Ja, those will do.” Heissmeyer motioned to the hooks. A guard secured a rope around one of them.

René blinked. “What are you–?”

A guard slipped the noose around Georges’ neck.

A guard knocked him back.

Heissmeyer spun around. His upper lip curled. “They’re Jews. And there’s no difference in principal between Jews and laboratory animals, ja?”

The guard released Georges and laughed. “Look! He’s like a picture hanging on a wall.” Georges’ bare toes twitched and his skeletal shoulders jerked. Urine trickled down his legs, and his face flushed purple-blue.

“Bâtards!” René lunged again. So did the other caretakers. But the guards were bigger and healthier. They knocked the four men back and aimed guns at them. René stared, stunned by their cruelty. How could they kill children? How could they make them watch?

A guard removed Georges limp body from the hook and dropped it on the ground like a sack of flour.

“Non!” René charged the guards. “Non, non, non!” A baton smashed into his temple. He staggered backwards. By the time his vision cleared, Jacqueline swung from the hook.

“Non…” René sank to the ground.

With each death, René died too.

He stared up at the ceiling. Why God?

A white petal drifted past him. Then another and another. They covered the children’s bodies, like a downy blanket. Peace swept over René’s numb soul. No longer would the children be Heissmeyer’s kleine Mäuse.

Two guards heaved René to his feet, and dragged him across the room to a wooden stool. Beneath it, roses burst through the floor, and green vines crawled up the walls to a pipe running along the ceiling. From it, a pink rose bloomed and beckoned him upwards.

René stepped onto the stool.

A vine swung down from the pipe and curled around his throat. He closed his eyes and inhaled the scent of home, candy, and strawberries.

A little girl placed a pink rose on the memorial outside the school at Bullenhuser Damm in Hamburg. Its petals fluttered in the spring air and emitted a delicate scent that swirled around the monuments marking the lost lives of twenty children and their four caretakers in 1945.

At her feet, the green leaves and vines rustled and shuddered. She frowned and looked down. A field mouse popped out and scurried away, into the rose garden. 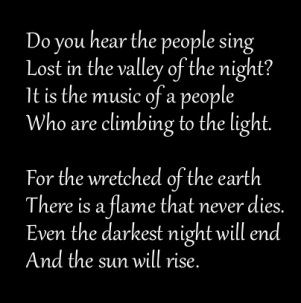 This story is based on a true event. If you’d care to learn more about the Children of Bullenhuser Damm, click here.