Why We Broke Up by Daniel Handler 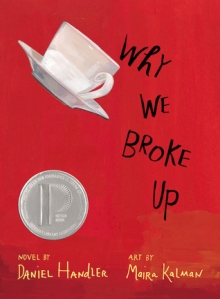 This is a book that I kept seeing everywhere (blogs, library, bookstores, Facebook), so I knew I’d have to read it someday. Well, “someday” came in late June.

Now, I can’t say that Why We Broke Up was one of my FAVORITES, but it definitely kept me interested. The entire story is written like a breakup note from Min Green to her ex-boyfriend, Ed Slaterton. Each chapter begins with an illustration of an item (movie tickets, books, a toy truck), and is followed by an explanation as to how that item contributed to their breakup.

I’d recommend this book if you enjoyed The Perks of Being a Wallflower or Where Things Come Back or Invincible Summer (or similar stories that revolve around realistic, poignant human drama). My only complaint (and it’s a very weak one) would be that Why We Broke Up weighed about a hundred pounds (not because it was like a Ken Follett book–a zillion pages long–but because the paper itself was thick and glossy). I know, I know. You’re rolling your eyes and yelling at me to go buy an e-reader. Well, I don’t want to. Ha! And I’ll tell you why in another post someday 😉

The Selection by Kiera Cass 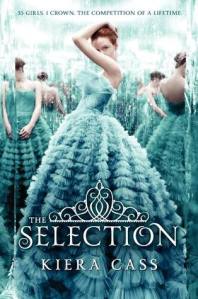 I had very low expectations for this book. I don’t know why (it’s not like I had read any reviews, or honestly, even the synopsis). I only decided to read it because I’d seen it on so many bookshelves (you have to admit, it’s a memorable cover). Within the first chapter, my low expectations were shattered. I LOVED The Selection! It was The Bachelor meets Cinderella meets Les Misérables meets The Hunger Games (without the killing…Well, maybe there’s a little killing). It was one of those books I couldn’t put down. In fact, I ended up reading the whole thing within a 24-hour period. The second I finished the last page, I eagerly reserved its sequel (below) at the library.

The Selection is light, fanciful and truly entertaining. Give it a try!

The Elite by Kiera Cass 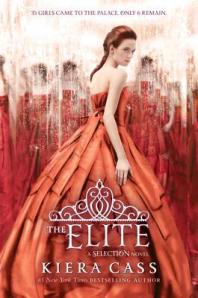 After reading The Selection, I excitedly leapt into its sequel. And boo-hoo, was I disappointed 😦 . I was expecting to feel the same magic of The Selection, but The Elite felt like the author just pushed “replay”. I didn’t feel like anything happened–mostly just the protagonist, America, begging the ever patient Prince Maxon to give her “more time”. There were a few “attacks” by the northern and southern rebels that gave the rather dull plot a boost, but even those were a bit of a snooze (and, again, similar to the “attacks” that happened in The Selection).

I’m hoping and praying the third book in the series, The One–due out May 6th, 2014–will deliver the same enchantment that The Selection did.
Jen’s Rating:

Falls of Giants by Ken Follett 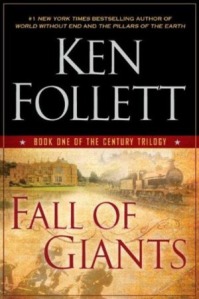 Some of you may have already read my review of Fall of Giants in the Book of the Month section for August. If not, here it is!
Let me start out by saying I’m not a huge fan of historical fiction. But this one was awesome! Fall of Giants kept me hooked from page one all the way to page 960! Yes, like Follet’s other epic reads, most notably The Pillars of the Earth, this tale was a doozy. But I couldn’t put it down! In fact, I unthinkingly started it right before I was set to leave for a week-long beach vacation. Since I don’t own a tablet or e-book reader, I made the difficult decision to leave the two-ton book behind and take a couple of others that were lighter and easier to transport. Well, as I was walking out the front door to head to the airport, I realized I couldn’t bear the thought of leaving Fall of Giants at home–I swear, it was looking at me like a sad puppy whimpering, “Don’t leave me, don’t leave me!”. So, I hastily stuffed it in my bag and shouldered the extra weight. And I don’t regret my decision at all. Well, except for accidentally getting sand and saltwater all over it…Then again, I spilled coffee on it a week later too, so…Poor “puppy”.

Stay tuned. I’ll be posting the third and final part of my summer reads soon!